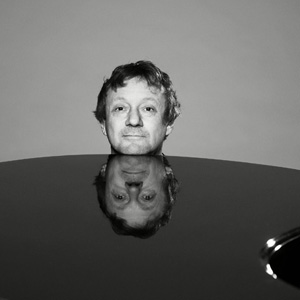 Pianist, composer and arranger, Didier Squiban distinguished himself as a Jazz band director (Sirius). His musical work is a happy combination of Breton traditional music, Jazz improvisation and classical romanticism. 1977 is the year he discovered Bill Evans: his love for jazz was born. He meets John Surman, Toots Thielmans, James Moody… From then on, he improves his style with the help of some Breton artists (Trios or Quartets).

Another important step is his first participation in Dan ar Braz’s “L’héritage des Celtes » in 1993. There, he meets Yann-Fanch Kemener with whom he will later record 3 of the 25 albums he has produced since the beginning of his career. In 1996 he creates the music “Penn ar Bed” with his group “An Tour Tan”. Then comes his great period as a solo pianist with his piano trilogy “Molène”, “Porz Gwenn” and “Rozbras “. One of Didier Squiban’s most outstanding works is “Symphonie Bretagne”. It was created on June 21, 2000, to celebrate the Orchestre de Bretagne‘s 10th anniversary and was orchestrated by Pierre-Yves Moign, who was his music teacher 30 years before. Then, the second symphony “Iroise” followed by “ballades” will be released. He’s been doing his chapel tour for more than 15 years now.

Didier Squiban continues his musical quest during concerts in Germany, China, Japan, Italy, Czech Republic, Switzerland, and Korea. And he also does so when he takes part in trios, quartets, sextets under the name of “Breizh Connection”, a flexible orchestra. Then Didier records “La Plage” (2006) and “L’Estran” (2009). At the end of 2010, he works with the musician and dancer Raghunath Manet to create ‘Indianoz’ and also with the electro group Sheer K, with whom he records the album “Mesk”. Didier Squiban never moves away from his musical and cultural sources for a long time, as demonstrated in 2011 by the album “Adarre” or the “Live à Mexico”. He also took part in Alan Simon’s big musical performances “Excalibur” and the opera “Anne de Bretagne”.
Didier currently performs with “mesk”, Manu Lann Huel, Eric le Lann, Alain Trévarin, Jean Chevalier, Pascal Vandenbulcke, Jérôme Kerihuel…